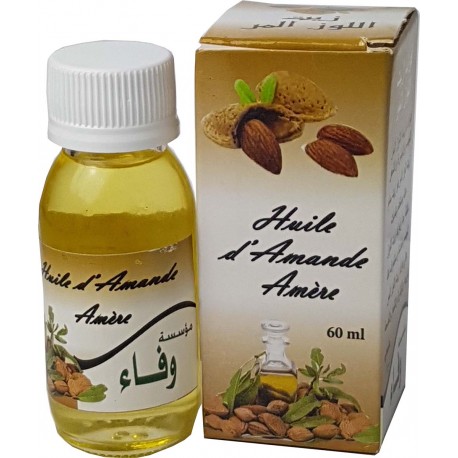 The health benefits of our bitter almond oil can be attributed to its properties as a vermifuge, febrifuge, bactericidal, germicidal, fungicidal, sedative, anesthetic, aperient, diuretic, anti-intoxicating, anti-carcinogenic, and antispasmodic susbstance.

Bitter almond oil is different than that of sweet almond because it contains amygdalin, which is also found in plum, apricot and peach pits. Sweet almonds do not have this substance, which is toxic, so these almonds and their oils are safe. While bitter almond oil has a history of use worldwide, these days some uses for bitter almond oil are banned in the United States.

The health benefits of bitter almond essential oil can be attributed to its properties as a vermifuge, febrifuge, bactericidal, germicidal, fungicidal, sedative, anesthetic, aperient, diuretic, anti-intoxicating, anti-carcinogenic, and antispasmodic susbstance. 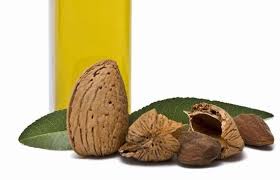 Bitter almond oil contains amygdalin, which may be used to create laetrile. Laetrile has been used worldwide as an alternative cancer treatment, according to Drugs.com. However, clinical evidence to support this use does not exist, and dangers outweigh possible benefits. The active anti-cancer agent likely is cyanide, advise the experts at the American Cancer Society, and the side effects from the oil mimic the symptoms of cyanide poisoning, including possible death. Laetrile is banned by the U.S. Food and Drug Administration for cancer treatment. It’s also banned in Europe. It is produced as well as promoted in Mexico, however.

Vermifuge: The acute bitterness and the poisonous nature of bitter almond oil are very effective in killing intestinal worms, but again, it should be administered in very low potency.

Bactericidal, Germicidal, Fungicidal and Antiviral: The two components of bitter almond oil, hydrogen cyanide and benzaldehyde, are extremely toxic to animal life as well as to bacteria, germs, fungi and viruses. Therefore, it can be efficiently employed as a bactericide, antiviral and fungicidal substance. It can be used in curing ailments associated with infections from virus, germs and fungus.

Febrifuge: Since ancient times, the bitter elements (e.g. quinine) have always been used as febrifuges. The reason behind it might be that all bitter elements contain alkaline compounds and are more or less toxic in nature. This toxicity and bitterness effectively inhibits the growth of infections from bacteria, protozoa, or viruses in the body, thereby reducing fever. For the same reason, bitter almond oil in very low doses has also been in use as a febrifuge for chronic fevers. Such applications, although beneficial from the point of view of lessening fever, can have their own adverse and toxic effects on the body.

Not only the scalp, but the hair shaft also can benefit from almond oil. The glands in the scalp produce an oily substance that forms a natural protective coating on each strand of hair. But hair can become too dry and brittle from frequent use of shampoos that strip the hair of these natural oils. This results in breakages and split ends that reduce the length of the hair.

Restore the protective oil layer by applying almond oil to your hair right after washing it with a gentle organic shampoo. First, dry the hair with a towel to remove excess moisture. Rub the oil between your palms and run your hand through the entire length of the hair to coat every strand evenly. Leave the hair to air dry naturally, combing occasionally with a wide-toothed comb to separate the strands. This treatment gives hair a nice sheen, besides making it manageable and tangle-free.

For Muscle Aches & Fatigue
Relieving muscle pains and soreness is one of the main traditional uses of bitter almond oil. The same benefits can be obtained from sweet almond oil, but without the poisoning risk associated with the former. Massage this protein-rich oil into tired muscles to rejuvenate them. Aromatherapy uses almond oil to relax knotty muscles.

For best results, warm the almond oil over gentle heat until it becomes nearly unbearable to touch. Apply this hot oil to the aching muscles and massage it in well. Wet a thick towel in hot water, wring it, and then use it to cover the massaged area. Leave it on for at least half an hour or as long as you can. This treatment relieves muscle fatigue by drawing out toxins.