Ginkgo Bilboa is used as a food supplement rich its benefits, help to treat naturally problems of stress age-related.

Ginkgo biloba has been used medicinally for thousands of years. Today, it is one of the top-selling herbs in the United States.

Evidence for other uses is either lacking or mixed. Further research is needed for all uses of ginkgo. 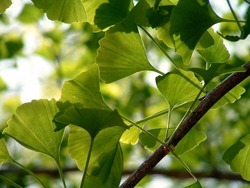 Although ginkgo is generally well tolerated, it should be used cautiously in people with clotting disorders or taking blood thinners, or prior to some surgical or dental procedures, due to reports of bleeding.

Ginkgo Biloba is a shrub whose leaves are used for the extracts found in the market. Some drugs are also produced from the seeds, although its effects have not been studied.

Where is Ginkgo Biloba?

Ginkgo Biloba is a plant native to China that can live for a thousand years. It blooms in different climates in the world, however, it grows mainly in China and Korea in the south and the eastern United States, in southern France, and in cities of Uruguay, Argentina and Chile. For centuries it is used for its therapeutic actions.
There are many natural products that contain this substance, as in the case of Stavigor of Codeco Nutrilife supplement that includes appropriate and effective concentrations to provide benefits to sexual function.

Precautions
If you have a medical condition or are taking other drugs, you should talk with a doctor before starting a new therapy.
Ginkgo biloba appears to be well tolerated in most healthy adults who eat the recommended doses. Minor symptoms such as headache, nausea and intestinal problems have been reported.

The following symptoms may also occur:

Allergy and hypersensitivity
Bleeding. Caution is advised in cases of patients with bleeding disorders or taking drugs that may increase the risk of bleeding
Eating the seeds is potentially deadly and can cause tonic-clonic convulsions and loss of consciousness
It could affect insulin levels and blood sugar. Caution is advised in cases of patients with diabetes or hypoglycemia or taking drugs that affect the level of blood sugar
It could reduce male and female fertility
It may lower blood pressure
Its use is not recommended during pregnancy or breastfeeding