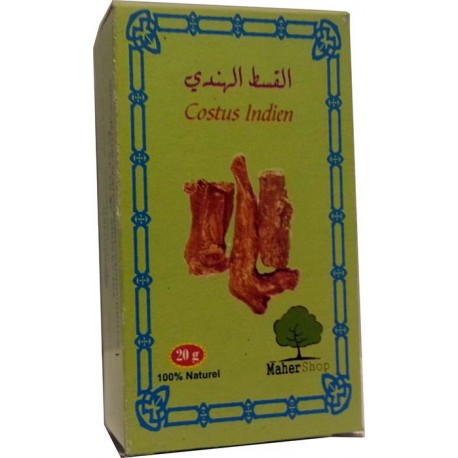 Costus is a legendary aromatic and medicinal plantwhich is known as Costus is 2 metres in length and is generally found in the northwest and northeast of the sub Himalayan regions. The roots are used for medicinal purposes. 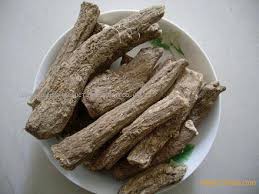 1tsp costus, 1tsp honey, mix together and apply to the skin surface. Leave for 2 hours and then rinse off
It is used to treat; acne, pimples, spots, scars, burns, nappy rash, mosquito bites, eczema, thrush, piles and as a face mask.

1tsp costus, 1 glass of water, boil together for 2 minutes and allow to cool. Shake and apply 3 drops in each nostril
It is used to treat; nose bleeds, runny nose, disinfects cuts.

1tsp costus, apply directly to the skin
It is used to treat; athletes foot. Also used as a natural deodorant.

Take orally with food or drink, once a week.

It is used to strengthen the immune system.

Use this ‘Oud al-Hindi (Indian Wood Costus) because it contains 7 types of cures, it is sniffed by the one having throat trouble, and is put inside the mouth of one suffering from pleurisy
[Saheeh al-Bukhaaree (5692)].

Virtues and benefits of Indian costus:

In the Islamic tradition, the costus was used to treat various ailments like migraines, Pleurisy. It facilitates the rules as well as the emission of urine, a deworming action, acts on freckles. Stomachic, emmenagogue, antispasmodic.

Diseases of the kidneys and the liver (hepatitis)

Cancer of the mouth

Do not use to pregnant women or nursing mothers as well as very young children.

For more information regarding Indian costus, see our video :