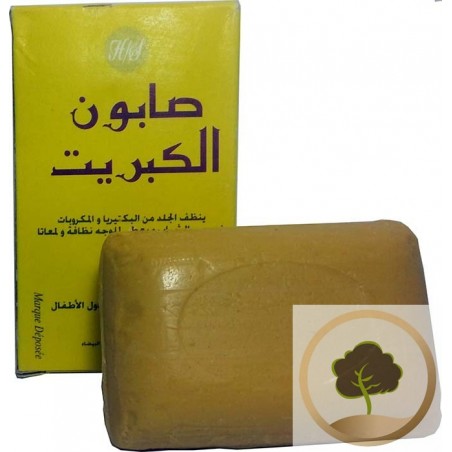 Sulphur Soap is one of the most recommended by dermatologists to fight against acne and black spots.

Sulphur Soap is one of the most recommended by dermatologists to fight against acne and black spots.

Sulphur is a yellow dust with a strong smell that has an anti-inflammatory, astringent, detoxifying and disinfecting effect. But it's not only useful for greasy skin.

Sulfur soap is a type of soap that contains sulfur, a naturally-occurring element found in volcanic areas throughout the world. It may also include ingredients such as salicylic acid, fragrance, or lye. It is often used as a treatment for a variety of skin conditions, but is most commonly used to reduce acne.

Sulfur soap is a type of body wash that has numerous health benefits. These benefits can range from treating skin disorders to simply cleaning your body efficiently. Sulfur soap is available in shampoos, lotions, ointments, soaps, creams and gels. Understanding the benefits of sulfur soap is important in determining if using it is the best choice for you.

Treatment of Seborrheic Dermatitis
Seborrheic dermatitis is a common skin condition that causes the skin to have a red, greasy, scaly and/or flaky appearance. It often occurs on the face and hairline, central chest and armpits. It is caused by an overgrowth of fungus on the skin. Sulfur soap decreases the amount of fungus in each of these problematic areas.

Treatment of Scabies
Scabies is a disease caused by microscopic mites that burrow under the skin. This causes rashes and uncomfortable itching. Sulfur is toxic to these mites, which makes sulfur soap an affordable and effective treatment. Further, its continued use can heal the scabies within six weeks of regular use.

Controlling Rosacea
Rosacea is a chronic disorder of the facial skin. It is characterized by flare-ups and remissions, and is commonly found as redness on the cheeks, nose, chin or forehead that often comes and goes. Rosacea also occurs on the neck, chest, scalp or ears. Over time, the redness can deepen in color and become more persistent; in addition, blood vessels may become visible beneath the skin. Unfortunately, there is no cure for rosacea, but sulfur soap can help control some of its signs and symptoms.