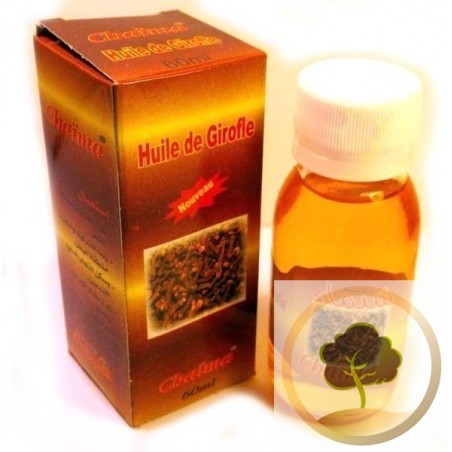 Clove oil contains a chemical that may decrease pain. 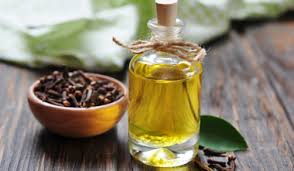 Oil Clove Basics
Like other natural remedies, the oil of cloves (or clove oil as it’s commonly referred to) is derived from a plant that originally comes from India. It is most popular in dentistry because of its sedative properties, but you can buy the product over-the-counter at a nearby drugstore. One common usage of the herb is for adding flavor to cough medicines and cold remedies so they are at least tolerable to drink. Although natural, too much at one time can be life-threatening or it can cause severe breathing problems. As with any medicinal product, even natural ones, check with a physician before ingesting it.

Moisturizes Dry Skin and Helps Other Skin Problems
Clove oil for dry skin is a great natural remedy. The best way to take advantage of this treatment is to get the oil in liquid form and spread it on your skin with a clean rag. It’s also used in many products that are made specifically for helping lessen the appearance of stretch marks, baggy eyes and puffy skin

Although it has been suspected for centuries to treat inflammatory conditions, the Journal of Immunotoxicology just recently published the first ever study proving that the eugenol in clove oil is indeed a powerful anti-inflammatory.

Because of it’s strength, clove oil should be mixed with a carrier oil like coconut oil or other gentle oils for most topical applications and only used for short periods of up to two weeks internally.

In addition to being a proven anti-inflammatory, clove oil is commonly used as an antiseptic for oral infections and as a broad-spectrum antimicrobial to keep countless diseases at bay.

The health benefits of clove oil are vast and include supporting the health of your liver, skin, hair and mouth. But below are the 3 most common ways clove oil is used medicinally today.

1. Clove Oil For Skin and Acne
To evaluate the its effectiveness as an antibacterial agent researchers from the University of Buenos Aires set out to determine which bacteria are most sensitive to clove’s potency.

According to their study, clove has the greatest anti-microbial ability over E. coli and also exerted considerable control over Staph aureus which causes acne and Pseudomonas aeruginosa which causes pneumonia.

As a natural remedy to eliminate acne, take 3 drops clove oil and mix with 2 tsp raw honey. Mix together and wash your face or you can also try tea tree oil face wash.

2. Cloves For Candida
One of the most power applications of clove is to fight candida; something that I have spoken of at length, and something that continues to plague Americans because of their high-sugar, acidic diets.

Published in the journal, Oral Microbiology & Immunology, a study was conducted to see how it fared against other anti-fungal treatments and observed that clove was as effective as nystatin, a drug commonly prescribed to manage yeast infections of the mouth (thrush) and includes a slew of ugly side effects.

Also, in addition to eliminating candida, clove essential oil is effective at killing intestinal parasites and an effective treatment for a short-term parasite cleanse. To do a candida cleanse, you can take clove oil internally for 2 weeks but I recommend being under the care of a physician or nutritionist when doing this. Also, consume large amounts of probiotic rich foods and eliminate processed sugar and grains for a time.

3. Clove Oil For Toothaches
The well-known remedy of using clove oil for toothaches was first documented in 1640 in the French “Practice of Physic,” although there is reason to believe that the Chinese were applying this homeopathic for over 2,000 years.

Today, clove is widely accepted as a reliable solution for dry socket and for relieving the pain and discomfort associated with various dental disorders.

The Journal of Dentistry, for instance, published a study in 2006 proving that clove essential oil had the same numbing effect as benzocaine, a topical agent commonly used before needle insertion.  For this reason, you can use clove oil for teething with infants by mixing it with coconut oil and rubbing it on the gums.

Not only did clove oil lead the pack by “significantly” decreasing decalcification, it was observed that it actually remineralized teeth. This study highlights, yet again, that the so-called benefits of fluoridating our water supply and mainstream dental products is not worth the risk.

As I have covered at length in previous articles, why take the risk of using a fluoride product, when clove can accomplish the same goal? If you haven’t already, check out my article for an easy, healthy remineralizing toothpaste recipe that will help you steer clear of the dangers of fluoride products!

That value means per gram cloves contain 30x more anti-oxidants than blueberries which have a value of 9,621.

In a nutshell, antioxidants are molecules that reverse the damage that free radicals cause including cell death and cancer. Research has shown that antioxidants slow aging, degeneration and protect the body against bad bacteria and viruses.

Because of it’s high antioxidant count and eugenol levels, clove is also known as the ultimate “protective” herb and has been used in essential oil blends such as “OnGuard” and “Thieves”.

History tells us that clove oil was one of the main essential oils that protected people from getting the Bubonic Plague in Europe. A group of robbers were caught by the the king and he asked them why they weren’t ill or dead from the plague exposure they said it was because they covered themselves with this protective blend of oils which included clove.

So adding some cloves or clove oil to your health regime could be good to naturally boost your antioxidant levels. For longterm use cinnamon is another great herb that can be added into your everyday diet to increase your antioxidant intake.

If you want to harness the benefits of clove oil, consider diffusing it in your home to clean the air, put it on gums around an aching tooth, put it in homemade personal care products like deodorant, cleaner and toothpaste, or if you are exposed to people with a cold or flu, mix it with coconut oil and rub it on your neck and chest for natural antioxidant protection.