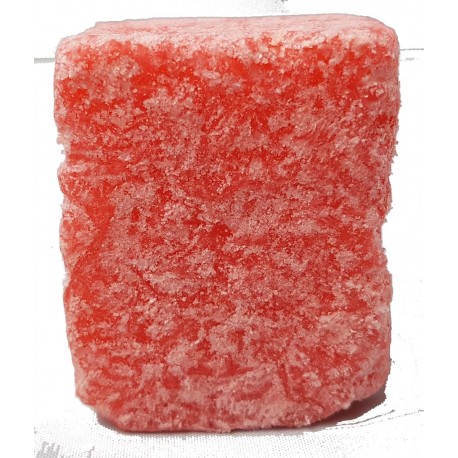 MUSC   solid red and black. Used in interior perfume, on linens, in cabinets, perfume for the body...

MUSC   solid red and black. Used in interior perfume, on linens, in cabinets, perfume for the body...


the   musk   is the King of all perfumes and the most honored.
There are many proverbs in the Arab culture about it. It is compared to pure people with words   "this one has a purity or a smell like musk". It strengthens the nafss (soul) and gives it strength, it strengthens the deepest organs of the body, and it has many benefits.

Ibn Al qayem Rahimaho Allah said:   "among the properties of the musk is that he is loved by the angels, and the chayatines on the contrary flee to his scent. The most beloved thing about chayatines is bad smells, good souls like good smells. Each soul leans towards what suits it, bad to bad and good to Bonn. "
The Prophet Sala allaho said   "musk is the best of perfume".


the musk in occult disease  :


Sheikh ibno Al barae Al moaani speaking of Al musk white and black said: "black musk is commonly used in cases where Jinn attack humans by hitting them on parts of the body and this by the permission of Allah stops these assaults (these assaults manifest themselves by the blue and the red on the body). "

The Sheikh goes on to say: "where there is no doubt is that the musk gene many the Jinn who possess the body and hurts them. That is why it is good to use it at night before sleeping.   white musk is used to prevent sexual abuse by Jinn. The dalyl is what is called in the FIQH Al QIYSSA with the hadeeth of Prophet Sala allaho where he says: he who ate the onion or the garlic that he does not approach our mosque because it gene the angels. "

for the sick, you have to put on yourself, on the intimate parts, the belly button, the chest, the face, the pillow, the bed sheetsand even spread it in the room using a Brule   perfume   (a pot do for that, where one puts a small candle heater flat, and on the Cup one cuts a tiny piece of the musk in the form of SOAP, which will melt and spread in the room insha'Allah).

This accompanied by the rest of the treatment, I assure you that the Djinn will not come to bother you as I told you above.