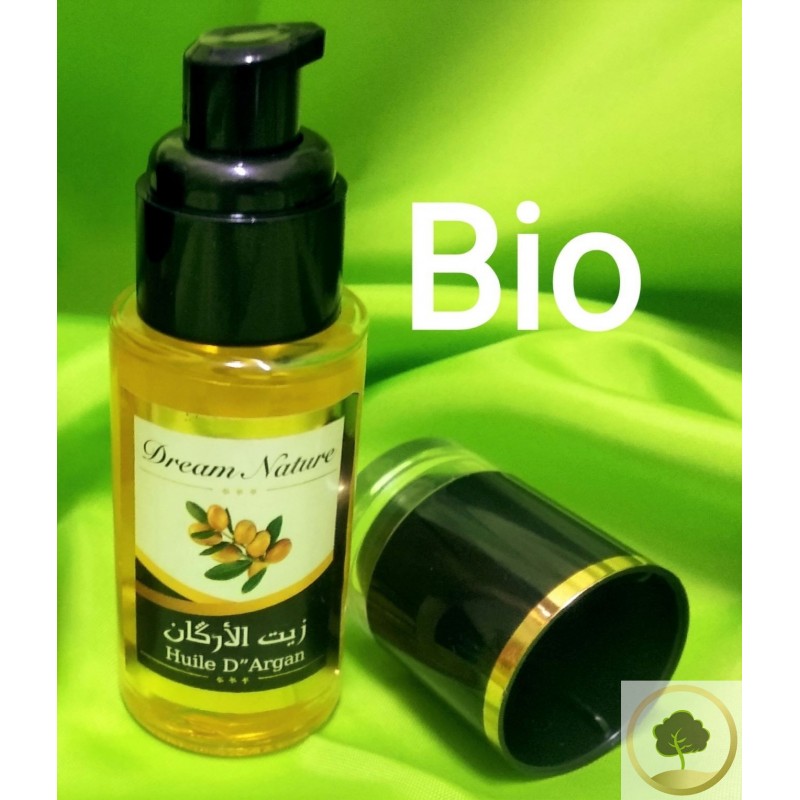 Our 100% natural, 100% organic, pure argan oil is rich in high concentrations of vitamins, minerals and powerful anti-oxidants. Vitamin E and essential fatty acids are argan oil benefits that help hydrate and soften your hair, face, body, nails and everything in between.

Biladi Shop offers a complete line of natural  products cosmetics based in organic argan oil from Morocco . I offer 100% pure organic Argan Oil and many products based on argan oil and supplemented with other natural ingredients. Discover, depending on your needs and your preferences, our argan in many forms such as , argan oil, argan soap, shower gel with argan oil, argan balms, shampoo with argan oil ...

Our 100% natural, 100% organic, pure argan oil is harvested and cold pressed from the nut of the argan tree. Argan oil (also known as Moroccan oil) is a multi-tasking miracle moisturizer that's organically grown and naturally chemical-free. As one of the rarest oils in the world, it has earned the nickname, "liquid gold." It's rich in high concentrations of vitamins, minerals and powerful anti-oxidants. Vitamin E and essential fatty acids are argan oil benefits that help hydrate and soften your hair, face, body, nails and everything in between

What is argan oil?

Non-fragrant plant oil expressed from the kernels of rarified argan trees. Argan trees are extremely capable of adapting to severe environmental conditions, including droughts. Argan oil contains several beneficial lipids and fatty acids for skin, including oleic acid, palmitic acid, and especially linoleic acid. It is also a good source of vitamin E (Tocopherol) and, like several other plant oils, is a source of antioxidant compounds. Argan oil is a natural source of the antioxidant ferulic acid.

As it turns out, the research on argan oil has found that it has benefits, just not to the extent cosmetics companies claim. Much of the folklore surrounding the ingredient heralds argan oil as a restorative wonder, used by Moroccan women for years to tend to their hair, skin, and nails. Of course, this isn't truly relevant as not all Moroccan women have great skin, hair, and nails, or use argan oil (not to mention different cultures in the middle east use different oils, like olive oil, with mixed results). While argan oil isn’t a miraculous ingredient by any stretch of the imagination, it is absolutely a good, emollient plant oil.

The research on argan oil has shown that, like sunflower and olive oils, its fatty acid and antioxidant content has health benefits (such as lowering cholesterol) when consumed orally. As for topical use, there is limited information about argan oil’s unique benefits. One study examined a cream containing argan oil, saw palmetto, and sesame seeds to 20 subjects with combination to oily skin. Subjective and qualitative analysis showed that the oil was reduced by 20-42% depending on the inherent oiliness of various parts of the face. The study did not demonstrate that argan oil played a specific role in the results—all we know is that the random formula itself showed the benefit and it wasn’t compared to any other product so the results are irrelevant. Moreover, the cream was only used for four weeks, so we don’t know if ongoing use may have caused breakouts (and given the fatty acids present in argan oil, there is a possibility it can cause breakouts).

Argan oil is a good plant oil to consider if skin or hair is dry to very dry, but is not better than many other non-fragrant plant oils used in cosmetics.